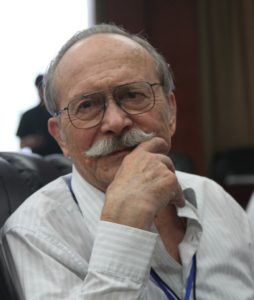 József Tóth has spent the better part of a lifetime trying to answer a single question. What happens to a raindrop from the moment it hits the Earth? After more than 40 years studying the movement of groundwater, and in the process pioneering a new school of thought on the subject, he has a better idea than most.

“I’m interested in nature’s secrets, how nature is put together,” the mustachioed 77-year-old says. “My job is to give expert advice, and unless I know what happens to that drop of water, I am really just groping in the dark.”

In a closet-like room tucked away on the third floor of the Earth Sciences Building at the University of Alberta, Tóth reaches into a pile of rolled-up maps. He retrieves and unravels a scroll depicting the Great Artesian Basin, an aquifer as big as Ontario that underlies central Australia. “It’s easier to show you,” he says.

Since last fall, he has been exploring the southern continent’s subsurface in conjunction with Flinders University in Adelaide. Together they aim to pinpoint the source and map the flow of the underground lake. At stake are the livelihoods of farmers, who depend on the water for irrigation, as well as the fortunes of companies looking for oil, gas, coal and copper. “It’s very important, but they still don’t understand it,” says the professor, now officially retired but still highly active.

Two theories persist. On the map, black arrows indicate one school of thought. They all point in a single direction, the way some think the water flows in a continuous stream. Tóth holds the contrary view. He believes the underground topography is ridged, and that the water flows in many directions from more than one source. “There are arguments for and against both, but you cannot develop management practices until you know how things are,” he says.

Tóth got his start investigating the planet’s hidden mysteries as a young geophysics graduate at the Alberta Research Council. In the fall of 1960, he moved with his wife and two daughters from the Netherlands to Edmonton for a job in the agency’s then-budding groundwater department. Four years earlier, he had fled his native Hungary after its failed uprising against Soviet control in the back of a pickup truck, crossing the border into Austria on a rutted dirt road with a submachine gun and a briefcase full of ammunition slung over each shoulder. “Those were not good times,” he says.

When he took the job in Edmonton, he recalls, “I didn’t know anything about groundwater.” He was in good company. Beyond a few scholarly articles on the subject – including a pace-setting paper by peak oil theorist M. King Hubbert – neither did anybody else. The term “hydrogeology” had yet to be coined. Tóth was among a clutch of Earth scientists known simply as groundwater geophysicists.

Fieldwork formed the bedrock of the emerging discipline. In Alberta, Tóth was put in charge of a south-central region of the province. His first assignment took him to Olds, where municipal mismanagement had led to a severe water shortage. The town was so parched that in 1964 it failed to qualify for insurance against fire.

For Tóth, the situation provided an ideal laboratory to test his novel theory of gravitational groundwater flow. The idea, which ran counter to conventional wisdom, was that underground migrations of water would closely mirror the natural topography of a given area. “Natural processes and phenomena occur everywhere based on the same physical and chemical properties,” the professor explains. “Where you have natural topography of the land, then the water will flow the same way.”

The idea proved to be anything but theoretical. After drilling more than 30 test holes, Tóth successfully located three production wells that supplied the town with potable water for the next 20 years (the municipality eventually switched to drawing its water from the Red Deer River).

The work formed the basis of his PhD thesis, which he defended at Utrecht University in the Netherlands in 1965. The model of groundwater flow was subsequently used by experts to explain the prevalence of everything from soil salinity to landslides, sinkholes and washouts. Petroleum researchers found novel uses for Tóth’s work in tracking underground migrations of hydrocarbons. Uranium deposits could also be pinpointed using the new framework. Tóth introduced the discipline of petroleum hydrogeology as a professor to the University of Alberta in 1965 and the University of Calgary in 1978. “A truly international interest developed around these flow systems,” he says.

By that time, he had grown restless with an increasingly bureaucratic style of management at the research council. A scientist through and through, “I refused to become a manager pushing paper,” he says. He quit the agency altogether in 1980 – despite being appointed the organization’s inaugural “research fellow” – in part because of disagreements over a decision to scrap a groundwater-mapping program. “Those who made the decisions really did not understand the value of producing knowledge before it is needed,” he remembers thinking.

Only now is the province beginning to take stock of its groundwater resources in a meaningful way, Tóth points out. Alberta Environment and the Alberta Geological Survey are currently mapping the underground corridor between Edmonton and Calgary.

The initiative is a good start, Tóth believes, although he worries that the project will leave policy-makers with a piecemeal assessment of provincial groundwater reserves. A complete portrait of the province’s subsurface would be more useful to flag areas of abundance and scarcity. That in turn could positively influence the location and development of everything from feedlots to sewage lagoons and oil sands assets, Tóth says.

“Put your nose to those areas which deserve or require more detailed study,” he urges. “They have never done that. In my view, this is still not an obsolete approach.” 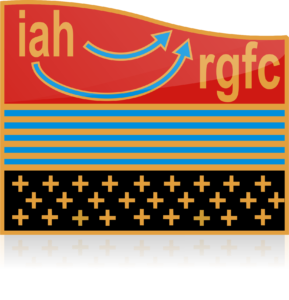